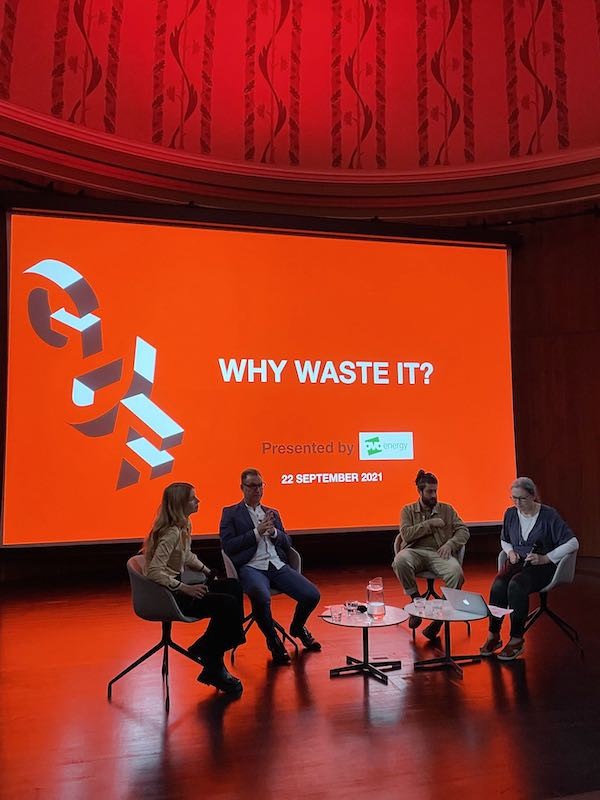 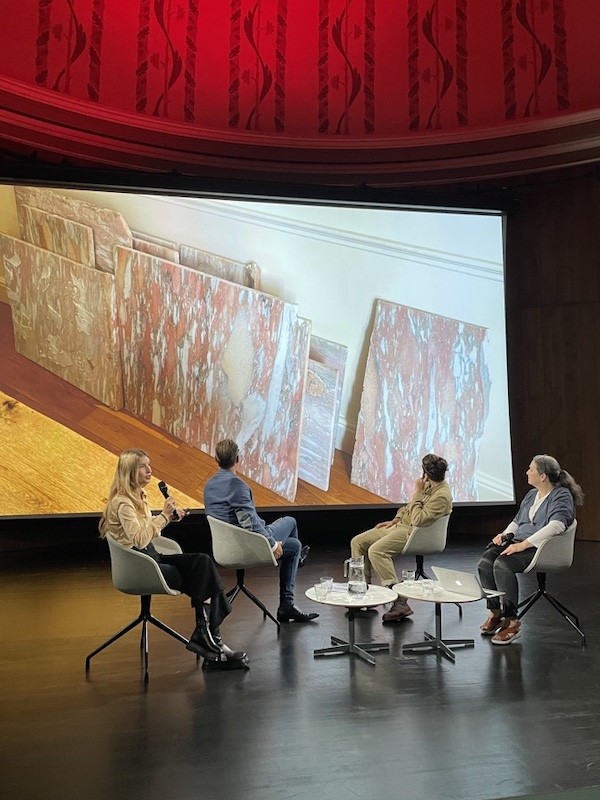 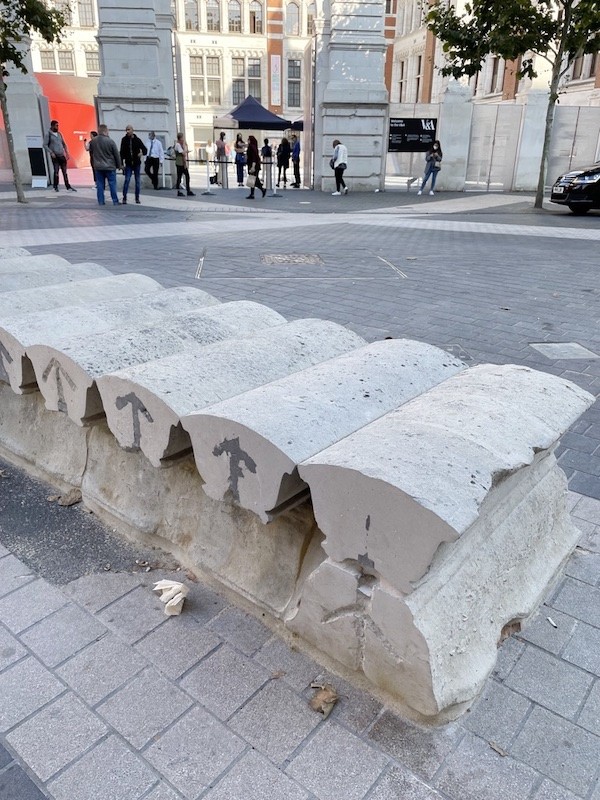 London West, UK - Last week saw the return of the London Design Festival a nine day flurry of creativity and design that celebrates London as a leading design capital. This year’s programme spanned a range of topics questioning how design is evolving to respond to the needs facing our environment and society at large. The timing of the event just five weeks away from the COP26 Summit made for fertile ground with discussions that saw reuse part of the agenda.

During a sustainability focused day sponsored by OVO Energy, the V&A hosted “Why waste it?” a lively discussion exploring the subject of waste and inventive ways we can adopt reuse within design and the built environment. Chaired by Design Museum's Curator, Gemma Curtin, Salvo SEO Sara Morel aka Reclaimed woman was joined by Product Designer Fernando Laposse and Deputy Chairman of Grundon Waste Management Neil Grundon.

A recurring motif of the talk was what do we interpret as waste. Sara shared her own personal journey into sustainable design taking the audience on a tour of her previous reclaimed renovation. Championing the reuse economy, she distinguished from the outset that architectural salvage and reclaimed building materials should not be considered waste. Reclamation and reuse keep materials at their highest value, preventing them from ever entering the waste stream. Even though these materials aren’t waste it hasn’t stopped them from being wasted, with less than 1% of building materials being reused following their first application.

The majority of projects that integrate reclaimed materials tend to be on a smaller scale and mostly client led.“It is not that new material is wrong, but that the future of use should start with reuse.” Sara says “The burning of fossil fuel should be a last resort, not the first option. These days many five star green rated buildings don’t contain any reclaimed material and that is plain wrong. If every new building contained a high percentage of reclaimed material, not as a token gesture, but meaningfully as part of the structure or as a social reminder of the past then our buildings would hold more value - both environmentally and socially.”

Speaking from her own experience Sara urged the audience to explore their local reclamation yards to discover the wealth of materials already out there waiting for a new life and allow them to guide their design. During our visits to more than a hundred salvage yards and showrooms across the UK and Ireland (work undertaken to build the FCRBE futuREuse directory), we witnessed firsthand the diversity of materials on offer to those open-minded individuals who can be guided by a serendipitous find. A case in point, the incredible marble Sara sourced from Salvo’s antique & reclaimed listings whilst gathering pieces for her new place, the marble will form the basis of her kitchen’s design.

London based Mexican designer, Fernando Laposse whose designs integrate natural materials showcased a new handcrafted veneer, Totomoxtle constructed from the husks of Mexican corn. Beyond the aesthetically pleasing finished product with its rich tones of reds, purples and pinks created from the husks, the project has had a positive social impact regenerating traditional agricultural practices through its development.

The number of native varieties of corn crops in Mexico has fallen sharply due to the aggressive use of pesticides, and the influx of highly modified foreign seeds, growing native corn has simply become unviable for local farmers, especially with the market favouring standardised features obtained only through genetically modified corns.

Fernando’s project has seen the reintroduction of 8 native species of maize grown in partnership with the community of Tonahuixtla, a small village of Mixtec farmers and herders in the state of Puebla, which has suffered from a lack of employment opportunities causing mass migration. The slow reintroduction of native seeds has invigorated a traditional process that is more in tune with nature. The husks collected from the harvests are transformed by a local workshop into the veneering material where nothing is left to waste.

Neil Grundon of Grundon Waste Management explored the topic of plastic waste, in particular the boom of plastic recycling with the UK holding many major plastic recycling facilities. Just as Sara challenged rigid thinking in design, celebrating the non-identical and embracing beauty in imperfection, and Fernando reflected on the potential danger of standardisation in food production. Neil spoke about the notable change of new plastic bottles containing higher levels of recycled content, referring to a well-known brand that bottles have recently lost their shine. However, he explained that manufacturers would be unlikely to increase this percentage as it is thought that consumers would be put off by discoloured bottles.

As I wandered out of the talk questioning whether I hold an unconscious bias against cloudy bottles I caught sight of “Placeholders” an installation of street furniture along Exhibition Road, designed by Aude-Line Duliere and Juliet Haysom. The V&A chose an artwork focusing on the circular economy which in turn brought self examination in how they as an institution manage their own building stock.

The unusual urban furniture is a comeback of sorts as each piece is constructed from large historic stones that previously made up the V&A building. The construction of the new Exhibition Road Quarter in 2017, saw more than 400 large Portland Stones removed from the solid Aston Webb Screen, dating from 1909. These stones were saved from crushing instead being stored in a Dorset quarry where they lay dormant for nearly a decade waiting for serendipity. The name “placeholders” refers to these repurposed stones being momentarily used until the arrival of the new red granite features, specifically designed and quarried for Exhibition Road, which will complete Kensington & Chelsea Council's design for the site.

I was unable to get a good shot of the benches as nearly every section was taken up by people sitting and socialising, eating their lunch or just enjoying a moment of solitude in the autumn sun. What was clear to me (clearer than a bottle containing zero recycled content) was that no one seemed deterred from using the furniture. People were not put off by the traces of the stones past life; the mortar from the original build in 1909, the pockmarks from a shrapnel hit during the Blitz or marks from the eventual dismantling.
futuREuse UK & Ireland 500 directory
The “Placeholders” installation is accompanied by a documentary by Ele Mun, featuring the work of FCRBE lead partner Rotor DC, which is well worth a watch.