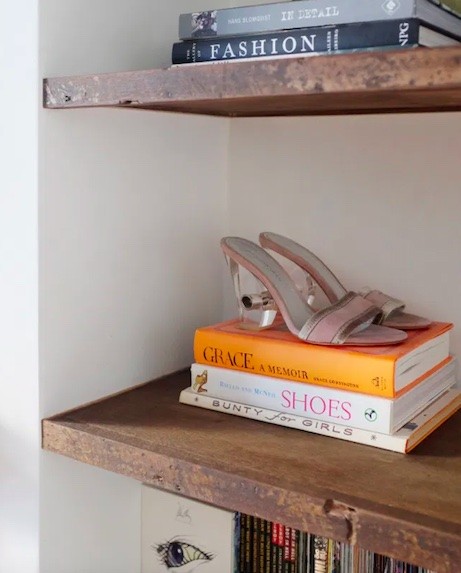 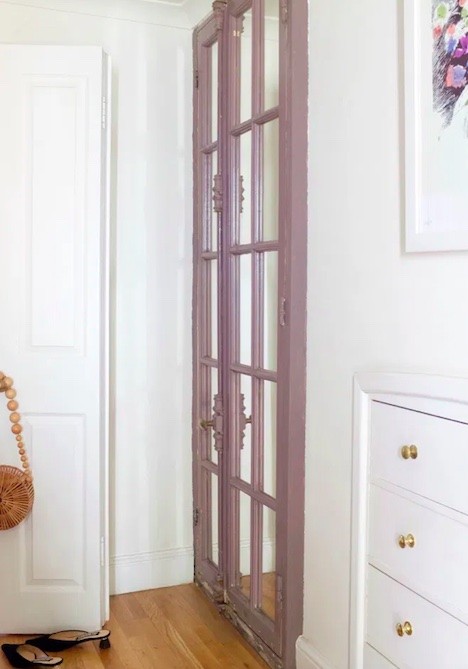 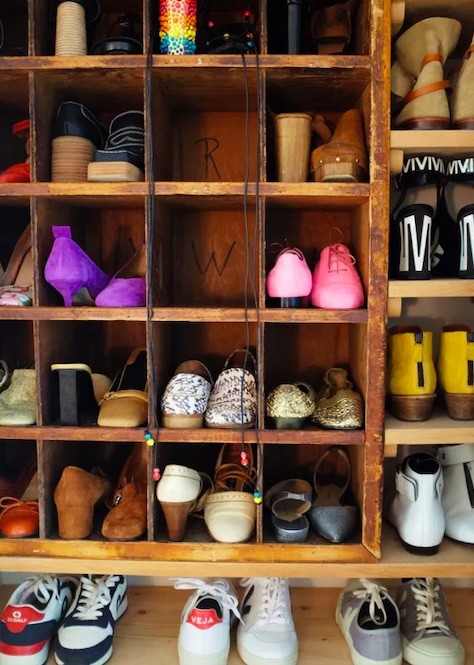 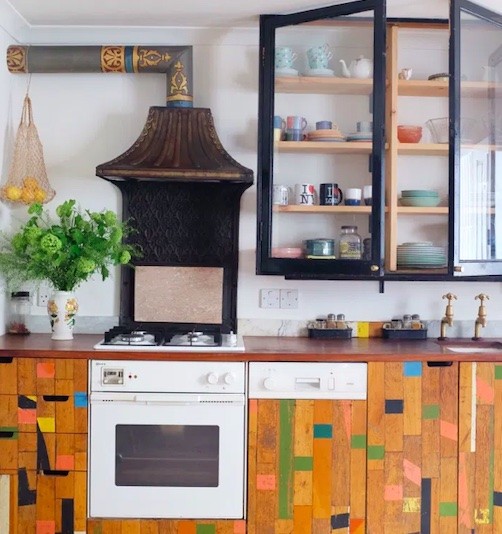 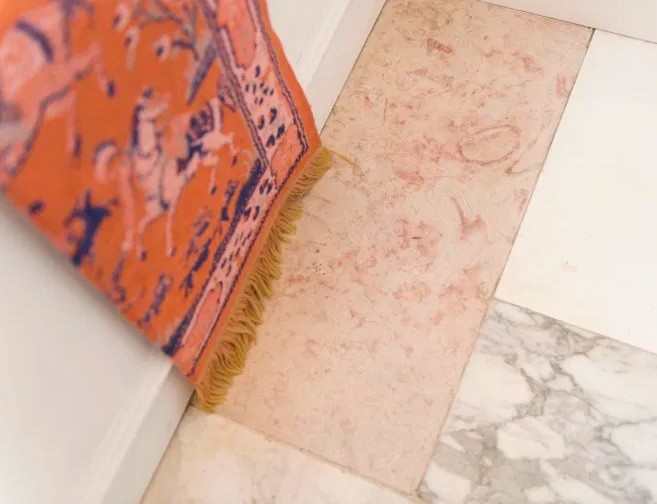 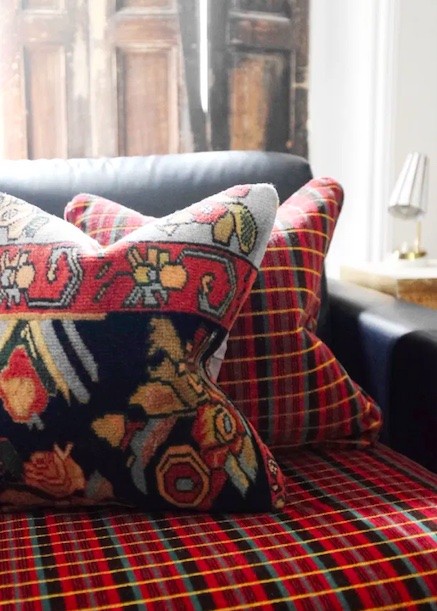 New York, USA - New York Times reporter, Christina Poletto has put the spotlight on the growing interest in old house renovations and their increase in popularity on social media. The hashtag #oldhouselove has now reached just under seven hundred thousand posts. First time buyers have become bored with neutral new homes and are choosing traditionally built older homes with character and history. Plus reclaimed renovation projects are now considered more of a long term personal journey to create a truly unique home of your own. See the link below, her article makes a fascinating read.

One Instagram account on old house renovation featured in the New York Times is @cheapoldhouses from the Finkelstein’s. Couple, Elizabeth and Ethan, have even gone onto build a business from the social media posts. Their old house enthusiasm led to over 1.5 million followers and an eight episode television show for HGTV about cheap old houses. Another Instagram account mentioned @rademacherrevival. Dave and Brittany Rademacher, feature their renovation of an 1894 Italianate farmhouse, based in Michigan, USA. Their old house projects use original features and architectural salvage to create homes full of history, character and memories. Extra interest and excitement comes from tips and finished room reveals on Insta. Stories. The couple are 'old house' project consultants and have qualifications and experience as a builder and designer.

Sian Astley, aka Moregeous, is a good example of a UK based home renovator who went onto share her experience and tips as a consultant. Sian showcased a self build with reclaimed building materials on a blog and through social media. A renovation or new build reusing old materials will add instant character to a home and seriously reduce your personal carbon footprint too. She now runs home-based house tour workshops. These include renovation, interiors and reclamation with design, sourcing and hands-on practical advice. Sian has continued to do property renovations for herself or clients and also presented podcasts and television shows. Follow Instagram @MakeItMoregeous and find Moregeous in the Salvo directory under reclamation friendly design consultants, based in Manchester.

Old home bloggers, Christine and Jan, with Little House on the Corner also recorded a Manchester renovation. Their project was an Edwardian semi-detached house but they have now moved on and are renovating an Art Deco apartment in Berlin, Germany. However they are also on a mission to help others do their own home improvement projects. Follow Instagram @littlehouseonthecorner and Bloglovin.

The Telegraph magazine showcased the current 'boom' in DIY and home renovation and featured the Instagram @renovationing_cheznous. Blogger, Olivia Likosso, is recording the slow renovation challenges of her ex-council flat in London. Olivia says, ' we also learnt that purchasing a fixer upper has a lot to do with seeing the potential and making it your own.' A fireplace adds a statement feature to any living space and in one of her posts Olivia looked at the problem of how to achieve this in a home without a working chimney. She opted for a faux fireplace feature with eco bioethanol. See more on her blog at livmadeline.com.

Salvo's very own 'reclaimed woman', Sara Morel, first blogged under the name 'Style Salvo' and went onto discover a whole new reclaimed lifestyle while doing a London flat renovation. In 2016 she left a corporate fashion career to reclaim her life vowing to renovate her flat, 'with as many old and reclaimed things as possible, and as she educated herself about responsible sourcing it resulted in a 'total life change'. Sara's small space, 'one bedroom, one bathroom, one garden, one kitchen' (the kitchen which was to become her walk-in wardrobe) became a personal journey of 'one woman taking her first steps into sustainability and salvage yards.' The renovation featured on Instagram @reclaimedwoman Examples of the reuse design ideas used are a cooker hood made from organ pipes salvaged from a church in East London with an Arts & Crafts fireplace used to house an extractor fan and spotlights, a polygonal marble bathroom floor made from small offcuts and a 1940s staff noticeboard salvaged from Kings Cross station recrafted to make the kitchen wall cabinet. Last but not least, with a strong connection to her past career in fashion, Parisian mirrored doors were used with an old postal pigeon hole unit and reclaimed pine shelves to make a shoe wardrobe.

During the renovation a decision was made to leave the old white ceramic kitchen tiles on the wall which became the back wall of Sara's fashion wardrobe. This simple reuse design idea saved the ceramic tiles from landfill and saved a small amount of energy. It may surprise you to realise that if everyone in Europe and North America incorporated just a small amount of reuse like this, when renovating their own homes, they would save as much as thirty minutes of the world's carbon dioxide emissions (35,947mt in 2014). Bearing in mind small amounts soon add up it could make a significant difference to climate change if we all did just a little. Other simple reclaimed reuse ideas kept her flat warmer and saved energy bills such as reclaimed window shutters and black painted reclaimed radiators.

Sara, aka Reclaimed Woman, a reclaimed lifestyle consultant continues to post about lifestyle choices on reclaimed home and fashion. All reclaimed and salvaged materials used in her flat project were sourced through the Salvo online marketplace and from architectural salvage and antiques dealers listed in the Salvo directory. Reclaimed Woman and other reclamation friendly consultants, architects and designers are also listed in the Salvo directory.

Another one I enjoyed following was the restoration of a Grade II Listed Georgian cottage in North Yorkshire, UK on Twitter @GeorgianCottage Although they long ago moved in they are now featuring their garden and home produce with ideas such as gin stewing. In the meantime check out social media for more old home renovations, hopefully using antique and reclaimed materials, to follow and if you find any good ones please let Salvo know. It could become addictive ....