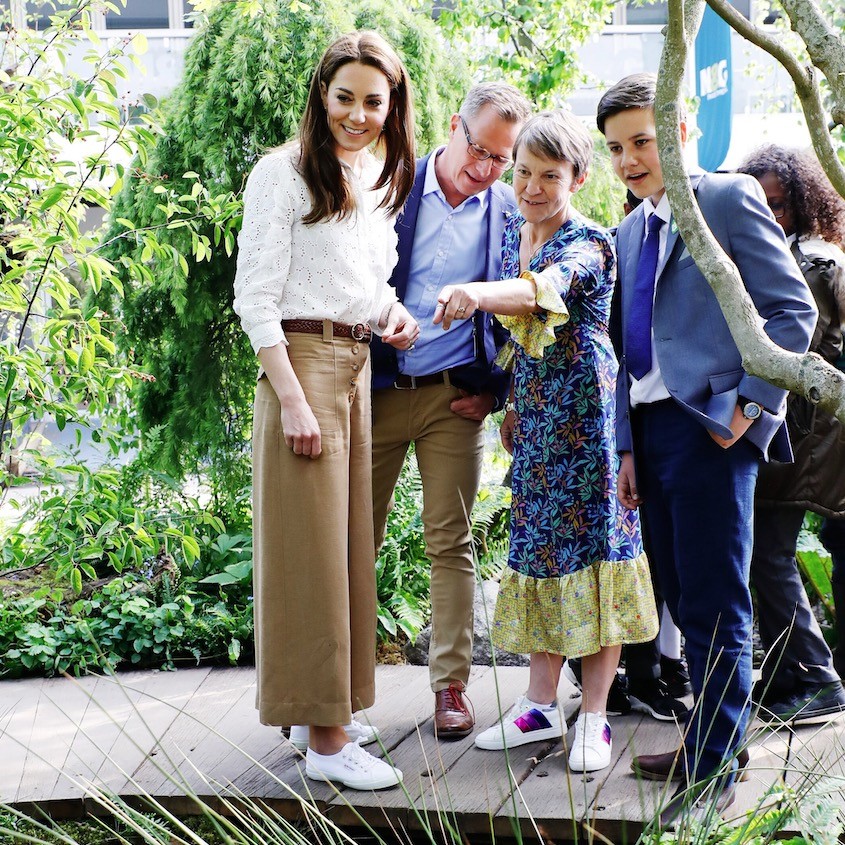 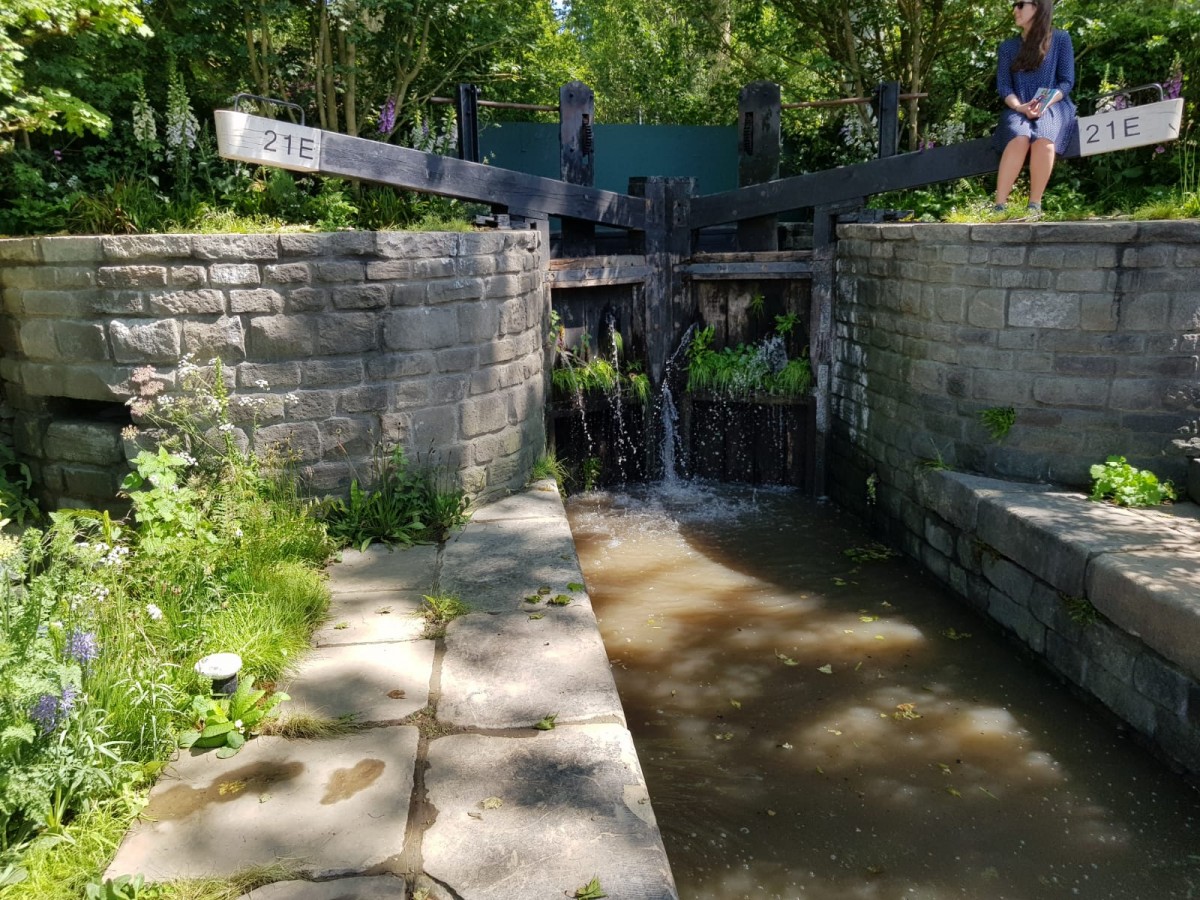 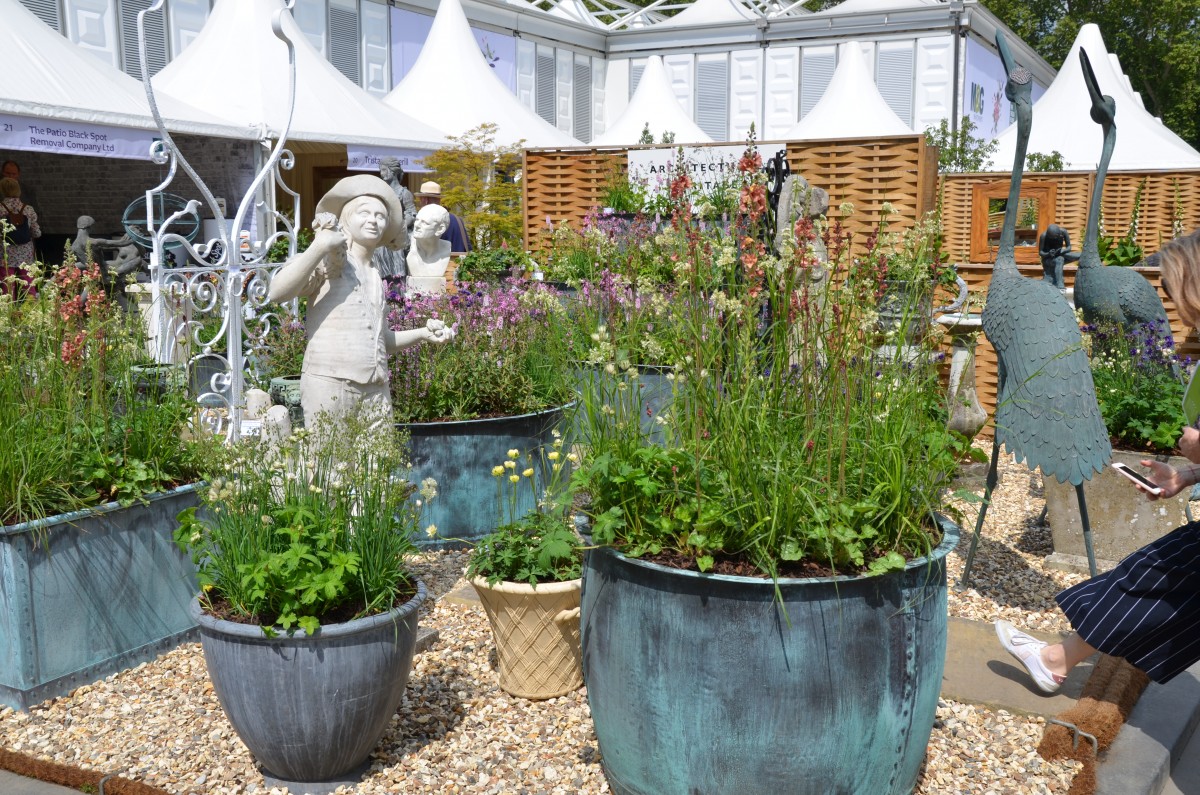 London South West, UK - Three top Salvo Code dealers were represented at Chelsea Flower Show 2019 - Abacus Stone Sales were suppliers of all the reclaimed walling and paving for the People's Choice award garden, Ashwell Reclaimed Timber which supplied reclaimed greenheart boarding for the RHS feature garden by Kate, Duchess of Cambridge, and flower show stalwart Architectural Heritage which won an award for its prominent corner stand by the main entrance.

Alex Puddy has been exhibiting Architectural Heritage at Chelsea for twenty-seven years, and said the preview this year was a right royal do. He sold antique garden ornament and statuary, as well as the company's range of selected reproductions and original designs which this year included the 'Sissinghurst copper planter' which featured in a guess-the-number-of-rivets-in-an-Architectural-Heritage-Sissinghurst-planter competition. The lucky winners received an £80 ticket to the show. The answer by the way is 102.

Abacus Stone supplied reclaimed random and squared rubble walling stone, antique stone steps, reclaimed flagstones, reclaimed setts, cobbles and kerb to the Lock Gate garden by gardener and proud Yorkshire man Richard Clegg. Allan Pogson, MD of Abacus, said, "You may remember last year when the Yorkshire Garden won the Royal Chelsea Flower Show’s coveted prize as the best garden for 2018, well, they’ve done it again and all the stone was supplied by us throughout including the stunning Yorkstone Flags, reclaimed walling stone that had been weathered for effect along with the 140mm reclaimed building stone."

HRH The Duchess of Cambridge with designers Adam White and Andree Davies joined by RHS Young Ambassador George Hassall - credit RHS Luke MacGregor
Ashwell’s provided reclaimed timber for the Back to Nature Garden designed by landscape architects Andrée Davies and Adam White in collaboration with HRH the Duchess of Cambridge. Ashwell’s first worked with Andrée and Adam on their RHS Gold Medal and RHS People’s Choice Award winning Playscape show garden at RHS Hampton Court in 2007. They were delighted to be given the opportunity to do so again.The woodland walkway in the RHS Back to Nature garden is built with reclaimed timber and carpenter Jonny Briggs, a graduate of the Princes Foundation, visited Ashwell's to select the timber he wanted to use; the timber chosen was once Southend Pier in Essex. Andree Davies and Adam White said, “We were delighted to involve Ashwell's. We first specified their reclaimed timber 15 years ago and they have supported our nature play projects ever since. They share many of the same values around sustainability and encouraging families to get outdoors more. Their timber yard is like Aladdin’s cave for any landscape architect and garden designer.” Continuing the collaboration and to engage even wider audiences, the Duchess of Cambridge and Davies White Ltd will be co-designing two further RHS Gardens, which will include the woodland walkway from Chelsea, at RHS Hampton Court Palace Garden Festival (2-7 July 2019) and RHS Garden Wisley in Surrey, which will open in the autumn later this year.