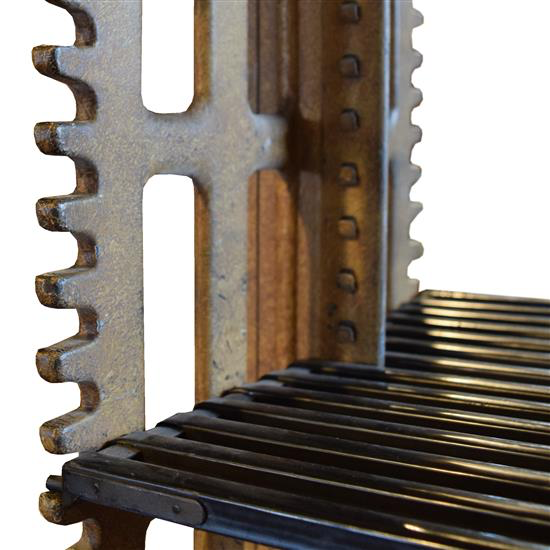 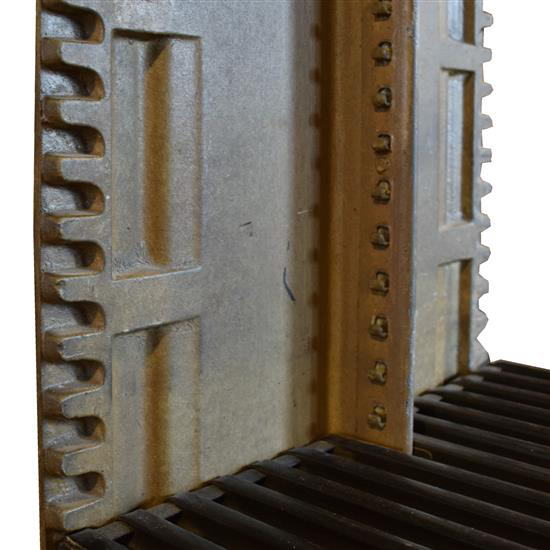 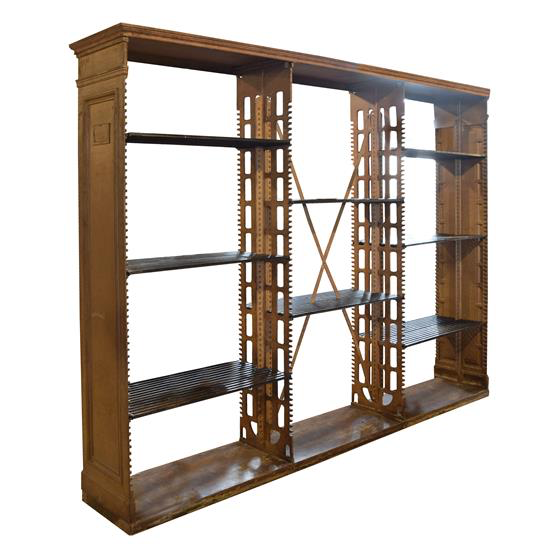 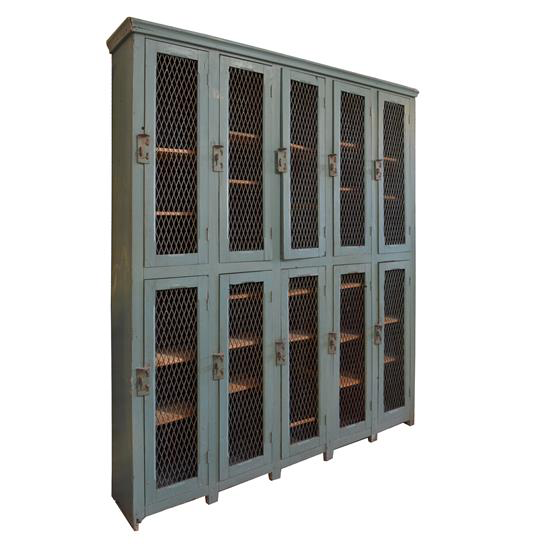 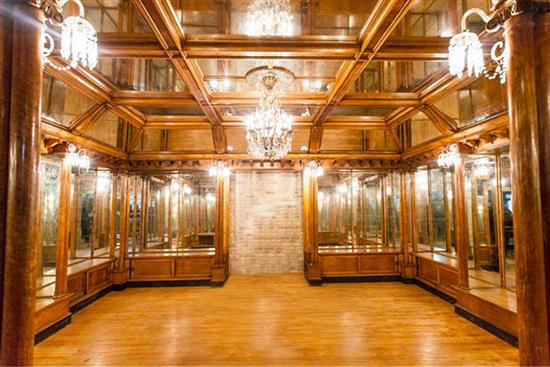 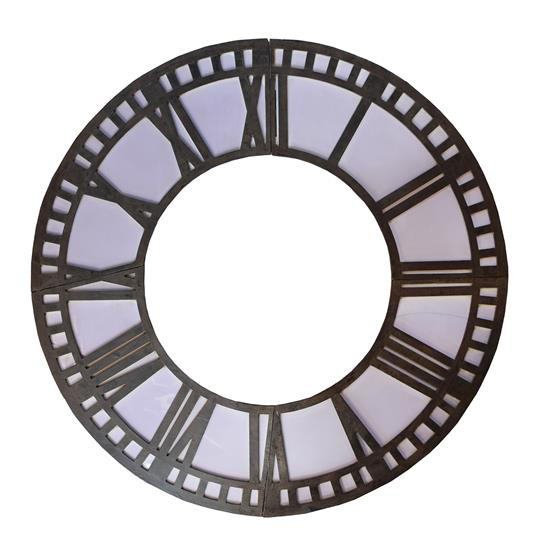 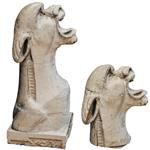 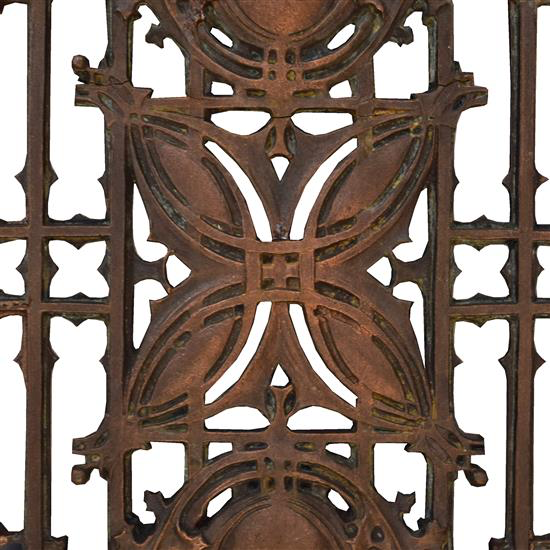 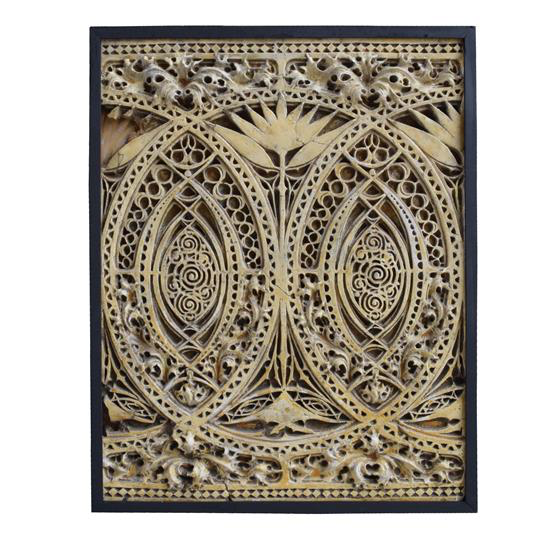 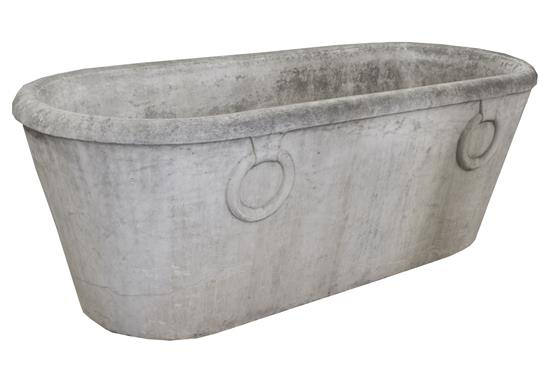 Illinois, USA - A late 19thC cast iron and steel bookstack in its original gold and black made by Snead & Co of Louisville Kentucky and Jersey City, sold for $8,750 at the Architectural Artifacts stock reduction sale by Hindman's in Chicago on 1 November. These bookstacks were designed and patented by Bernard Richardson Green (1843-1914), the engineer in charge of the construction of the Library of Congress where this type of book storage was first used.

Although the structure was of cast iron, the shelves were made from strips of thin U section steel, designed to be as light as an equivalent pine shelf. The top surface of the U section was ground, polished and then, apparently, 'lacquered' (but we do not know the details of the lacquer). The close-up of the shelves shows the high gloss finish to the ribs of the shelving.

As an engineer in charge of a project to store millions of books sent on request to members of congress using continuous chain lifts and underground connecting tunnels, none of which were accessible to the public, Bernard R Green, designed the stacks to be modular and able to be erected several stories high as a single huge freestanding structural unit incorporating staircases and floors, and even capable of supporting a roof structure. He also designed the shelves so that they could adjust to book sizes using a simple lug system without the need for any bolts or fixings. Although the bookstacks were decorated and very simply embellished, they seem to be the forerunner of machine-age industrial design which led to modern design and the Bauhaus.

Top estimated lot at the sale at 11ft high was one of three 2015 large painted glass windows by Mark Bogenrief estimated at $175k none of which sold. An 11ft long Spanish-stye table, 20thC, sold for a triple estimate $11,250, two tall grey-painted ten-door wood lockers sold for triple estimate £7k and £8k, there were four large clock dials of which a five-footer sold for $2,500, a pair of American stoneware gargoyles sold for $4,250, a copper over iron Louis Sullivan stair baluster, 1899, made $4k, a 62ft long by 8ft high cast iron balcony with arched latticework sold for $12,500 and a carved marble bath tub made $5,500.