Global ruckus over 1905 swastika trademark in a Quebec park 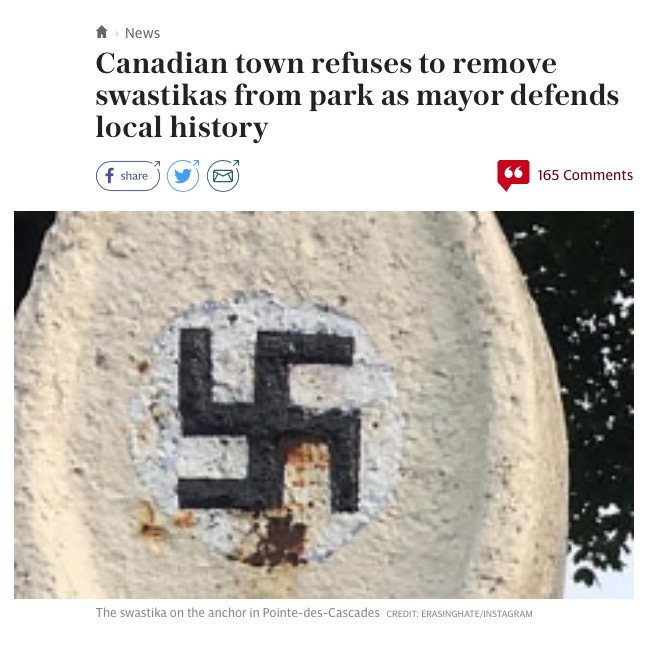 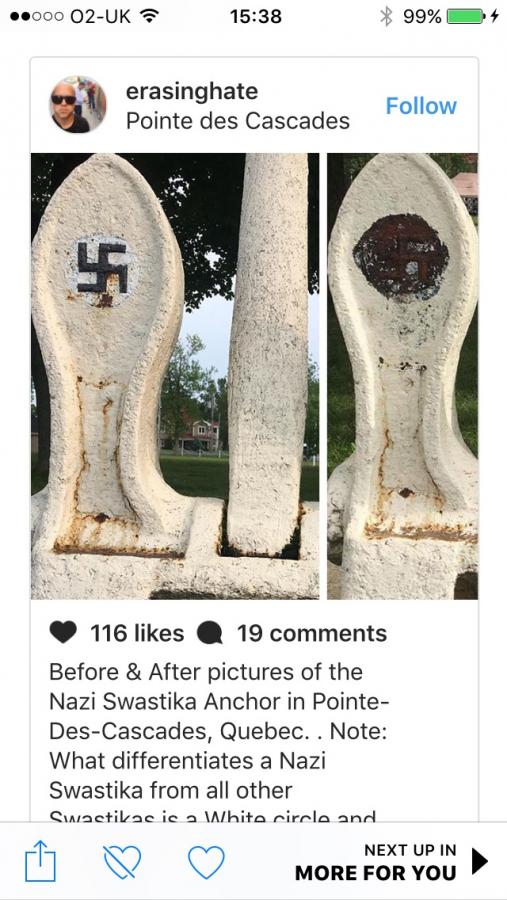 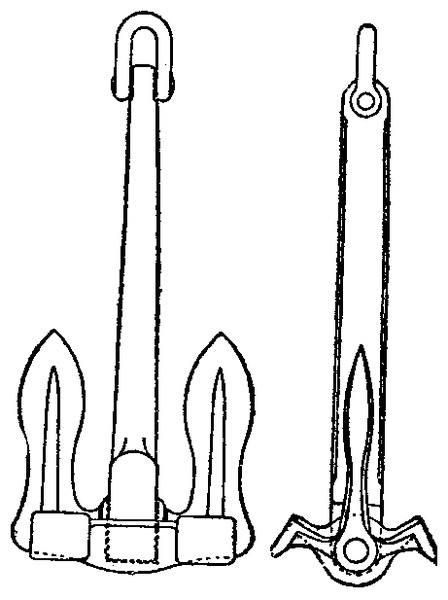 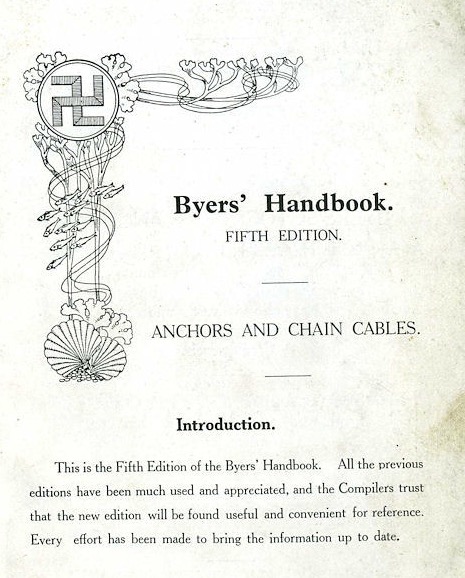 Quebec, Canada - W L Byers & Co Ltd (formerly Lumsden, Byers & Co) made ships, chain and anchors, including the Byers stockless anchor patented by William Lumsdon Byers (1849-1906) of 11 Norfolk Street, Sunderland in 1900 (patent number 6541). The company used the symbol of a swastika as its trade mark which was cast into the flukes of Byers' anchors around 1905. The Byers was one of two types used by the Royal Navy at that time.

A Byers anchor on display in a public park in Pointe-des-Cascades, about 50 miles west of Montreal in Quebec, was painted a cream colour with the swastika picked out in black. Corey Fleischer aka Erasing Hate on Instagram, painted over the symbols last Thursday and was seen by the mayor, Gilles Santerre, who called police.

Missing the history of Byers trade mark it was assumed that the anchor was connected to Nazi Germany. "The village of Pointe-des-Cascades does not endorse Nazism," Mr Santerre said in a statement. "Our village has a beautiful community and family spirit, and creates events that bring people together."

Santerre accepted that the anchor came from a merchant vessel predating the second world war. He cited a Radio Canada article that said the swastika was a symbol of peace before 1920. The mayor said the swastika would remain but said that a descriptive plaque would be placed next to the anchor to clarify its history.

"There is no ifs ands or buts about it," he told the BBC. "It is a place where people come to feel safe and this is being displayed for everybody to see."