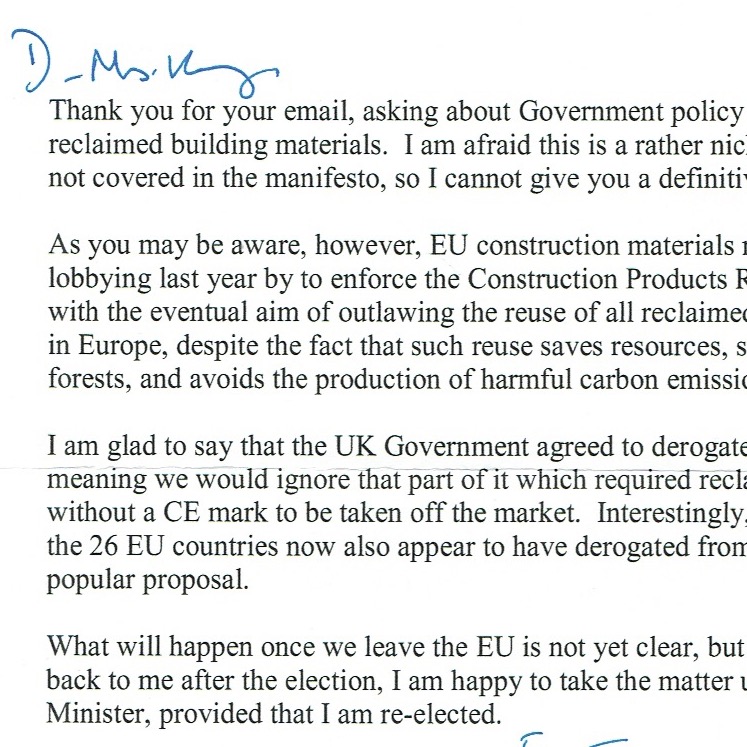 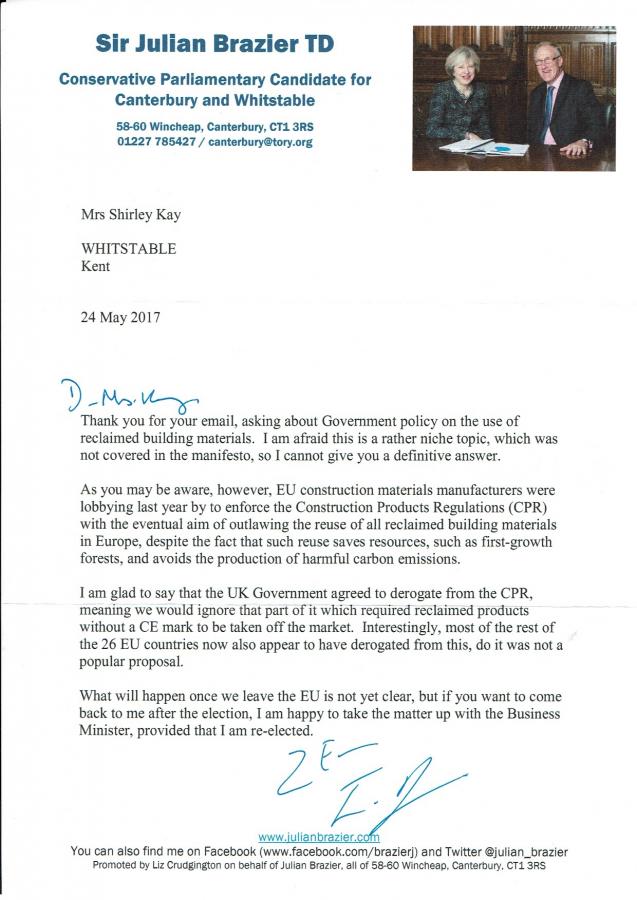 Kent, UK - We wrote to each parliamentary candidate in our constituency to ask what their party's policy in the forthcoming election was on the reuse of reclaimed building materials, citing the Swedish tax relief on repair and reuse reported in SalvoNEWS recently. Replies came there none, until one popped through the letterbox yesterday. It was from Julian Brazier, the Conservative MP for Canterbury.

The reuse of reclaimed building materials was not covered in the Conservative manifesto, he wrote, as it is a rather niche topic, but EU construction materials manufacturers were lobbying to outlaw all reclaimed building materials in Europe despite the fact that reuse saves resources, such as first growth forests, and avoids carbon emissions. Sir Julian then confirmed that the UK government had derogated from the EU Construction Products Regulations with respect to reuse of reclaimed, and apparently so have others. 'Most of the rest of the 26 EU countries now also appear to have derogated from this, so it was not a popular proposal.' He also offered to take the matter further with the business minister if he is elected.

What was refreshing about his letter, apart from Brazier's generally supportive attitude, was his grasp of the issues and facts. He's got our vote!